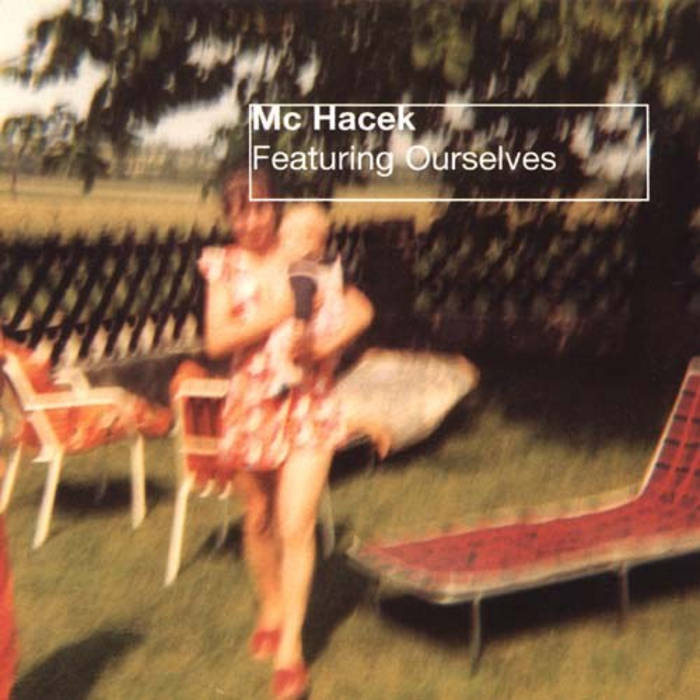 Sven B. Schreiber (sbs) Note that Mc Hacek should be written with a haček on the c, i.e. č. But let's not be picky here, because Mc Hacek actually is Alex Machacek, who's missing the haček, too. His 1999 debut album surely meets open ears among the Zappa and Holdsworth fans. In fact, there are several references to Zappa's "Black Page" super-hyper-masterpiece. Besides that, there's a lot of first-class fusion music on this album, composed either by Mc Hacek himself, or by his bass/keyboards bandmate Tibor Kövesdi. Favorite track: Allandig.

Ben Dudai This is yet another fantastic album by Alex and band. It's total Holdsworth and Zappa ("Inca Roads"era) love, which is totally fine with me because they do it so well. Awesome album Favorite track: Gnade.

Released in 1999. Alex Machacek's Debut Release, Featuring Ourselves launched his international career. This album has been out of print for a while. The album has been released specifically as Digital Download only. However if you really like to get it it on a cd, we ll burn you a copy.
Next Generation Enterprises
Produced by Alex Machacek

Think Ed Mann, think Zappa, think vibes, think Holdsworth and Henderson and especially so- please think pure zany fusion. Alex Machacek is guitars/programming, Tibor Koevesdi is bass/keys, Flip Philipp is awesome vibes/percussion and Harri Ganglberger make one seriously talented Austrian jazz fusion band. I hear Dave Samuels' Gallery days, Ed Mann's superb Get Up release. Things are always surprising here with violin, viola, and cello swooning in on Liebe, Jazz Und 'bermut'. They even acknowledge this track sounding like an Allan Holdsworth piece on the liner notes but to me it has its own significant character fully apart.
Machacek is one firmly talented guitarist, no doubts here. He has his own style even if he echoes Henderson and Holdsworth. Riffs are riffs. For in-your-face Zappa, hear Zapzarappa. It is one of my fav tracks as it flows in fits and starts then mellows in a ballad format at times like an old Bruford piece. Philipp's vibe unison runs with Machacek's fleeting melody lies was as good if not better than those sax/guitar tricks on Stern's releases or even Gong's unison vibes/axe runs with Holdsworth way back when . . . A solo bass break nicely pulls this piece out into more rrom for Machacek to squeal harmonics-laden wailings for the outro.
To show off all this band's syncopated bells and whistles you must experience, "Donna Lee- Easy Viennese Version". This reminded me of game show jingles re-written for fusion keeping in mind the whirlwind effects of a manic Magma intro. Truly whacked!! 'Intro 2 7" leads us very Allan Holdsworthic right into 'Allandig which seems a tribute to Holdsworth. It is an 8:53 mellow flowing piece that builds into room for Machacek to do the butterfly-kiss, light-fingered touch, and then open it up for extended jams in fusion heaven with angelic vibes countering his axe's tortured screams and bluesy-rocked fusion runs. The flurry of notes here is wonderfully placed and without any excess. The bassist does an excellet job on piano on this great cut. They outro with a tight drum solo.
Baenderriss was a perfect blend of Zappa meets Tribal Tech. Hunh? Yep. It worked. It demonstrated just how much fine jazz riffage Machacek can pull out of his sleeve. Bass solo is just right. Compositions shift and flow and this group just breathe the change-ups unfalteringly. A joy to experience. Class stuff here. Last two tracks were free-form improv, avant garde excursions that reminded me of when Tribal Tech just gets weird and whankish. They did little to help this release. In spite of the anti-climax in these last two cuts, I highly recommend this release for superb fusion of Austria.